In this category, we feature all products from TST, which we recommend to our customers.

TST TIN's Secret was founded by Big Brother Mr. Lin Rui Yang (林瑞阳), the husband of the famous Chinese actress Zhang Ting (张庭) in 1996.  They started this brand as 'Lafee' and was later popularised with the new branding under TST Tin's Secret.  This brand was greatly accepted by the people of Taiwan for over 20 years.

In 2013, Big Brother Lin brought the invented brand and products back to his mother country, the Mainland China.  He said he would like to let people of his home country to equally enjoy the secret of natural beauty that brought through TST.

In 1994, Big Brother Lin toured around the various countries in the world to seek the mysterious secret of maintaining youth, and eventually he was obsessed with the magical effect of Yeast Liquid ZB (The living yeast) that he founded in France.

The founding of the live yeast has uncovered the secret that was hidden for half of the centuries, which is maintaining the baby skin with the real, natural, and organic milk. 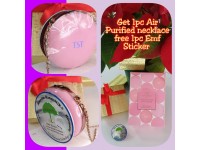